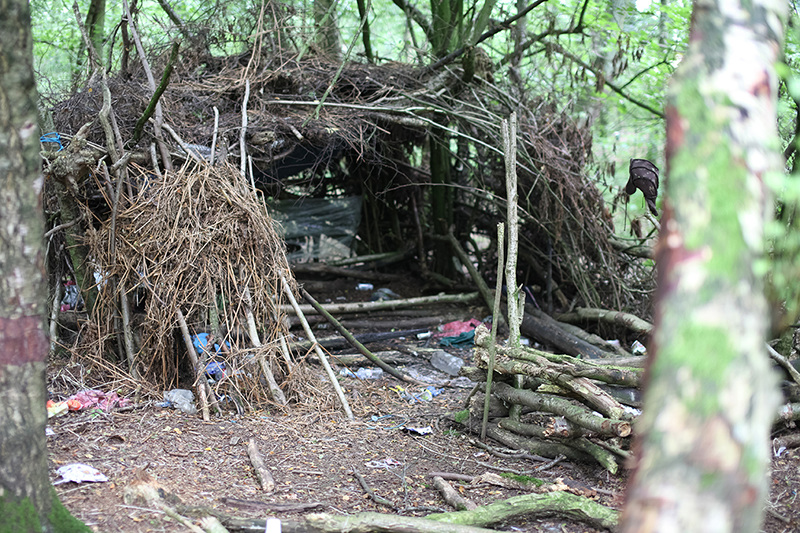 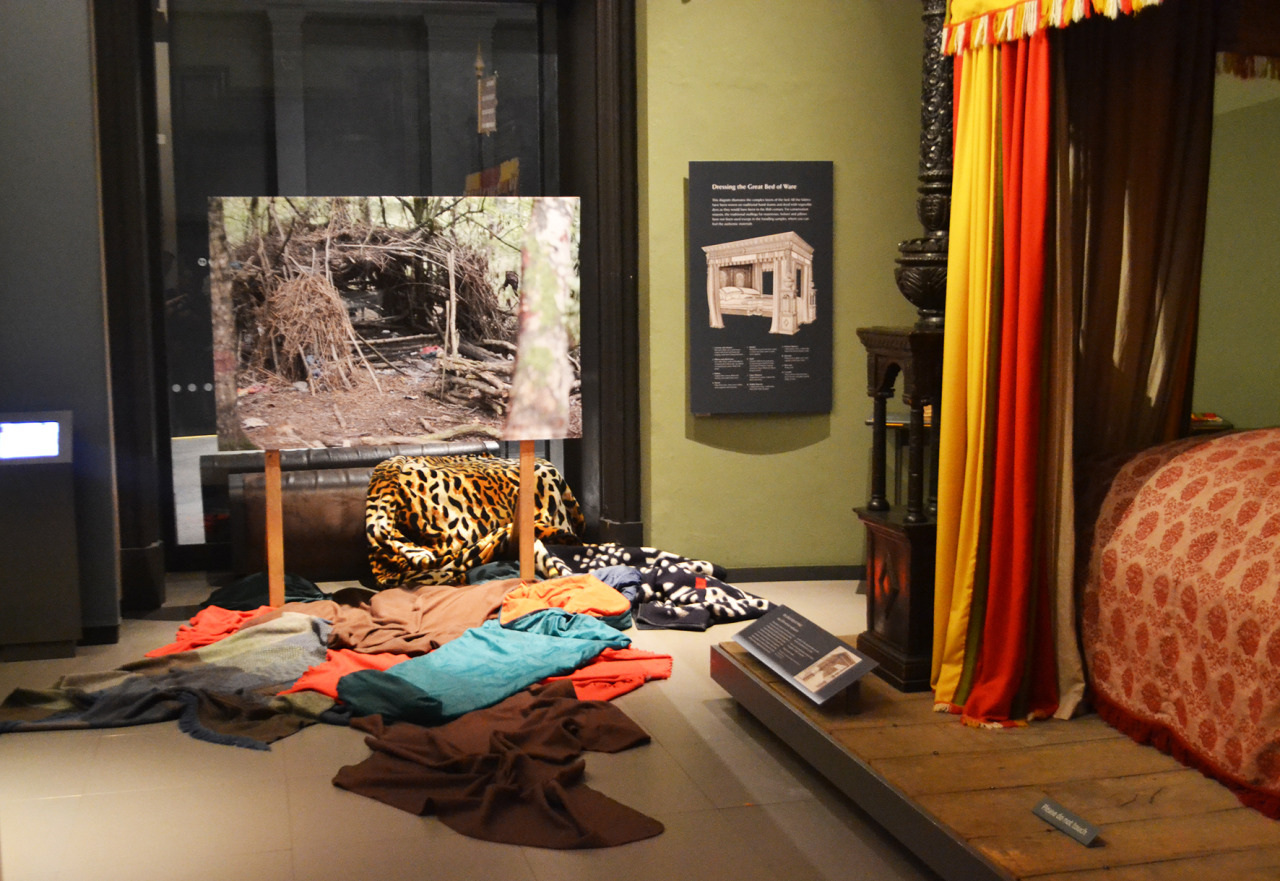 
As part of the Friday Late program at the V&A museum with Art Licks, we presented work which emerged from our research into Gatherings at AirSpace Gallery, Stoke on Trent in August 2014. The collaborative residency explored social or leisure events as a way to suspend notions of class and formality in favour of non-hierarchical forms of interaction.

The installation included Temporary Abode, Keele Services, a photograph depicting a dwelling discovered in the woods near the M6, where we travelled to perform an ‘excavation’ of a historic rave site. This image was displayed beside the Great Bed of Ware in the V&A’s permanent collection. The two beds share a certain folklore.

In the woodland site we found signs of previous visitors, discarded cans, lighters and food receptacles; which, in a similar way to the graffiti and seals on The Bed of Ware, inform of the sites social history. The form of the dwelling; branches, leaves and detritus, impressed upon us thoughts of human nesting as we imagined the den used over time and by a weary revelers and travellers. Strangers resting together, trusting each other, in a temporary transitory manner, as the boundaries of privacy are relaxed in favour of a good nights sleep.